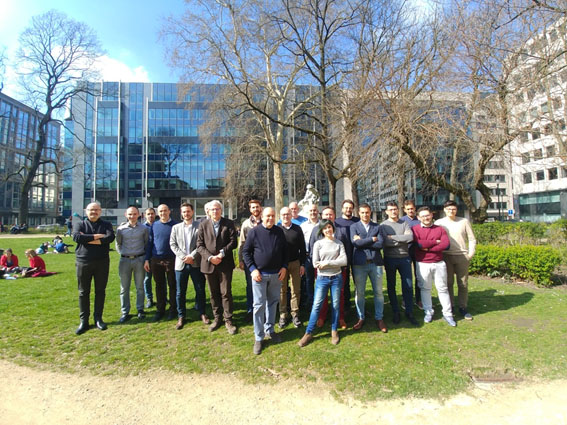 On the occasion of the 18 months since the beginning of ReFreeDrive project, its partners met on 20th and 21st March at Brussels for a new General Assembly, just the day after GV04 Dissemination Event.

During the meeting, which coincides with the midterm of the project length, the tasks carried out by the partners during the last six months were reviewed, and the status of the different Work Packages was analyzed in order to define actions for the second half of the project, when the 8 e-Drives (200kW and 75kW) will be manufactured and tested.

At this point of the project, there are already many results available for discussion. The main topics discussed in this GA were:

Finally, let me remind you that at this time the first major reporting period has taken place, which means that you will have access to new downloadable content shortly!.

Your account will be closed and all data will be permanently deleted and cannot be recovered. Are you sure?